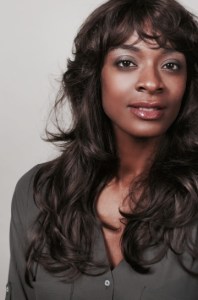 A long long time ago…..that’s how my sentence should start, but unfortunately this happened not too long ago. I arrived at the job that day excited cause they were planning to shoot a ton of different looks which is always handy to have.The shoot was somewhere just outside of Amsterdam far enough to jump in my car but not far enough for this to happen. Like I said I was excited when I arrived, but the minute I took a look at the table of the make-up artist  that same excitement slowly slipped away. I only saw foundation for fair skin, nothing for a brown girl like myself.  Still being in a positive vibe I hoped it was probably still in her suitcase. But it wasn’t ,the make-up artist had no foundation for me she kind of forgot but also didn’t really have it. I know it’s confusing I didn’t get it either. You forgot? Or you don’t have it?? There were only two models a white girl and a black girl, me. Either way there was nothing. So I asked how we could solve this issue. The client decided that maybe I don’t even need it cause my skin looks so good. Ofcourse I thanked them for the “compliment” but I wasn’t having it. Somebody had to get me some foundation !! And guess who that somebody was ….Me. They send me into the village with only a local drugstore to get some foundation. Since I wasn’t trying to get lost in that town and spent my money to compensate their lack of professionalism, I demanded someone of their team to come with me. Ofcourse the darkest foundation they had in store didn’t even come close to my complexion. Nevertheless I played it off because despite of this all the make-up artist also told me I might as well do my makeup myself , because she never did black skin before…..